NeverNote as stated on their official website, “is an open source clone of Evernote”. It is written in Java so it will also run on Linux, Windows and Mac, but the primary focus has been to try and get a usable environment for Linux, which runs natively on 32- and 64-bit distros.  It was created because of Evernote’s beign uncompatible with Linux, even though it can be installed through WINE, it isn’t fully functional and not recommended, as we tested it and found that there were some minor display issues that put us off.

It does not have the looks and feel of Evernote, but has many other features and does exactly what it is supposed to do. Nevernote’s interface its very easy to get into and we have been very impressed with its features and performance Nevernote is a terrific app and saves hours of time when clipping notes from web pages.

It has a couple of more features that you won’t find in Evernote, like database encryption, hiding notebooks, multiple databases, inline PDF view, images within notes can be rotated, an existing note can be copied to a new note, note titles can be edited and a bunch more; There are also a few missing features  like recording webcam notes, drawing ink notes, sharing, and built-in screen clipping, you cannot write in cursive or print and have it show up on your Android or be able to edit them on your iPad, but it sure is the best alternative to Evernote never forgetting that you can Sync all your notes from Evernote.

Using Nevernote is just like using Evernote on your web browser. Click the New icon on toolbar to create a new note. You can give it a title, add the note to an existing notebook, and tag it. You can even add formatting and change the font.

If you use both Linux and Evernote, though, Nevernote is a must-have. It offers you most of the power of Evernote, and it lets you take Evernote offline. 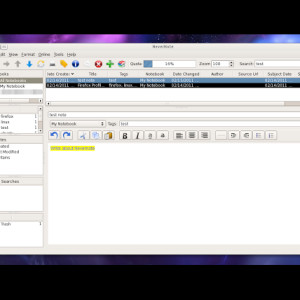 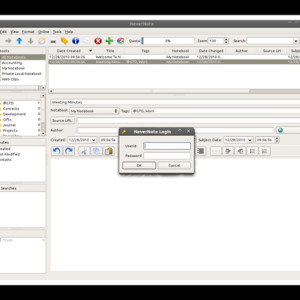 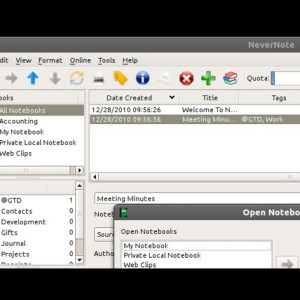